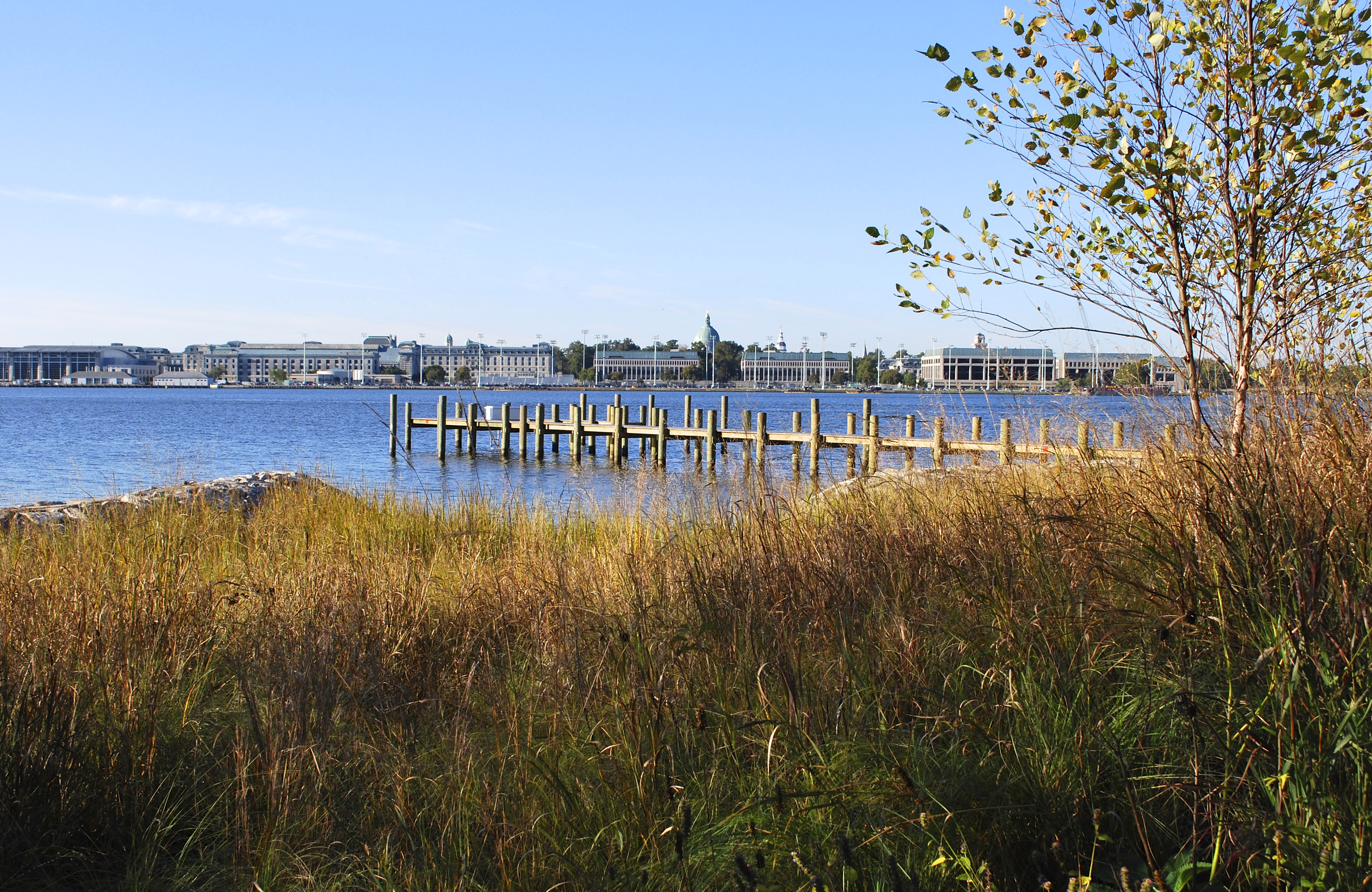 Why is the preservation of the Chesapeake Bay so challenging?

The health of the Chesapeake Bay gets a low grade every year. In fact, conditions seem to be worsening. What makes preservation of the Bay environment so challenging? What more can we do about it? When answering these questions we must appreciate the Bay as a unique estuary with topographical and aquatic characteristics unlike any other.

An estuary is unlike all other bodies of the water in the world. Unlike a river, an estuary moves in more than one direction. Unlike a lake, an estuary’s temperature turns over more than once or twice a year. Unlike an ocean, its currents and movements are largely unpredictable. Heavier salt water flows inland from the ocean. Lighter freshwater flows down from upland streams, riding over top of the heavier saltwater, creating various gradients of brackish water. Tides move up and down, reversing and heaving the effects of the saline flows, creating waters capable of sustaining large volumes of life. (Indeed, the word “estuary” comes from the Latin aestuare, meaning “to agitate, boil and seethe.”) Estuaries are the liveliest aquatic systems in the world, a tussle of currents, tides and marine life. 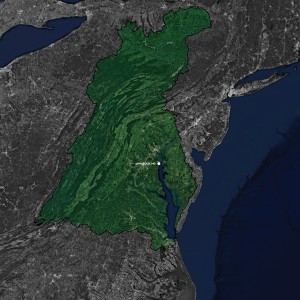 The estuary that we now call the Chesapeake Bay is actually the drowned ancient river valley of the Susquehanna River. During the last ice age, the Atlantic shoreline was located approximately 180 miles east of where it is today. Over the course of thousands of years, large glaciers melted, carving out the land as they receded, forming the Chesapeake Bay along with the Susquehanna, Potomac, Patuxent, Rappahannock and James rivers. Sea levels during the last glaciation were roughly 300 feet lower than at present, and as a result the Atlantic continental shelf was largely exposed. Toward the end of the last glacial epoch, sea levels rose rapidly, submerging the continental shelf. Between 6,000 and 7,000 years ago sea level rise tapered off, and a narrow estuary, what we call the Chesapeake Bay, was formed, albeit roughly 30 feet lower than it is today. By the time of European settlers, the general shape and level of the current Bay was attained. The Bay is actually still rising, but at a much slower rate.

Today the watershed of the Chesapeake Bay encompasses more than 64,000 square miles, including parts of New York, Pennsylvania, Virginia, Maryland and Delaware. It is often described as “long and thin”—200 miles long and between 5 and 30 miles wide at various points—but it is actually much larger when you consider that it absorbs the waters from hundreds of rivers, streams, farm ditches and swales, stretching its tentacles through roughly one-sixth of the eastern seaboard. Shorelines run an estimated 6,000–9,000 miles up and down the estuary. No other bay in the world has as much shoreline compared to its size.

While the Bay is expansive, it is also uncommonly shallow, making it uniquely suited for a rich and thriving broth of edge environments. Its edges allow sunlight to reach the bottom of a significant portion of the Bay. This light and warmth become the catalyst for supporting life. It is there where phytoplankton grow, oysters feed, fish hide, crabs shed their shells and where eagles and herons hunt for food. It also allows for the ideal growing conditions for thousands of miles of underwater grasses known as SAVs (submerged aquatic vegetation).

Unfortunately, the Bay’s shallow nature also makes it more vulnerable to pollution and other detrimental factors. Averaging just over 21 feet in depth, most of the Bay is composed of a long shallow shelf with a relatively thin central channel. With 10 percent of waters less than 3 feet deep and 20 percent of waters less than 7 feet deep, the Bay’s less than one tenth of the volume per acre of most of the world’s other coastal bays. With this in mind, there is very little water beneath its broad surface to absorb and dilute pollutants from the land, leaving it largely unprotected from the impacts of human civilization. SAVs are one species seriously threatened by the pollutants of modern living and poor human decisions.

There was once a time when large seas of underground grass meadows blanketed the Bay floor. A conservative estimate established the coverage to be more than 600,000 acres of grasses. These grass beds consisted of 16 varieties of plants, ranging from eelgrass to wild celery, and they served many functions, including the home and breeding grounds for bay organisms, a dampening of wave energy, as well as the filter for harmful chemicals entering the system. Historically, about half of the nation’s crab harvest came from the Chesapeake Bay, and millions of crabs found their home in the waving tufts of underwater vegetation. Other aquatic life, including shrimp, fish and oysters use the meadows as cover, protection and nursery.

Too much of anything is a bad thing. This especially goes for nitrogen and phosphorus. Where grasses are abundant, nutrients stay in balance. Where nutrients inputs are excessive, due to dumping and toxic storm water runoff, the nutrients overwhelm the system, cloud the waters and kill off the grasses. This negative cycle continues passively until the SAV meadows eventually give up and disappear, leaving the Bay bottom barren and devoid of diversity.

After pondering the initial question Why is preservation of the Bay environment so challenging?, the answer indeed seems to be, in part, because it is an estuary like no other. The Chesapeake Bay is UNIQUE in its flows, temperature, tides and wildlife. It is EXPANSIVE in its reach, yet mostly SHALLOW, creating an abundance of life that is easily influenced by negative impacts.

Knowing the unique nature of the Bay, all aspects of our society need to act. Scientists who study the Bay need the funding required for research to help us all understand the complex and fragile environment in which we live. Those who design the edges of the Bay need to provide a heightened sense of awareness through design. They need to make conservation both functional and beautiful. Lastly, those who live on or near the Chesapeake Bay and other sensitive waterways need to own the responsibility for making their small piece of the world environmentally sound.

This is our time, here and now, to enjoy the present but protect the future of the Bay. A healthy environment and a well-lived life can and should coexist for the betterment of both man and nature. We only get one shot. Let’s get it right.

Kevin Campion has lived in the Chesapeake Bay watershed his entire life and has owned Campion Hruby Landscape Architects in Annapolis, Maryland, for the past seven years. Kevin earned a bachelor’s degree in landscape architecture at Penn State University, and a Master of Philosophy with a focus in landscape conservation from the Edinburgh College of Art in Scotland. He is a registered landscape architect in the state of Maryland and an active member of the American Society of Landscape Architects.