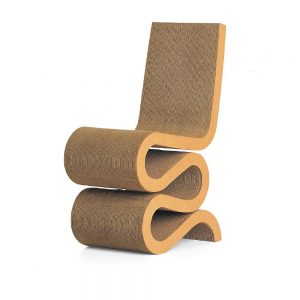 Architects and furniture have always been connected by forms, movements, and time periods or by an architect’s desire to build their own pieces. Their design is their voice. We offer here a historical introduction of some (but by no means all) of the seminal chairs from the modern period that have had a lasting impact on furniture design.

When Walter Gropius founded the Bauhaus in Dessau, Germany, in 1919, he started a movement that introduced designs of varying mediums and disciplines and highlighted surrealism and abstract expressionism. Emerging as one of the greatest architects from the Bauhaus, Marcel Breuer designed the Wassily Chair. This chair simplified the traditional, and, like the Bauhaus, it moved towards more modern and progressive designs. Though it was forced to close in 1933 due to Nazi influence, the Bauhaus continued to inspire styles and great artists. 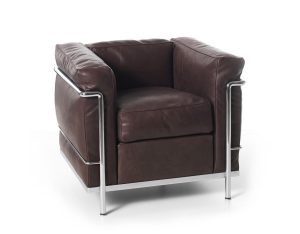 Mid-century modernist architect and Bauhaus director Mies Van der Rohe is most known for his wide range of work following the First World War and for inspiring a modern movement. Though his principle was “less is more,” his work can be recognized by its perfection and attention to detail. Van der Rohe is credited with creating the Barcelona Chair, which showcases his favor for modern materials and introduces progressive concepts.

Frank Lloyd Wright put meaning behind all his one thousand structures: “The mission of an architect is to help people understand how to make life more beautiful, the world a better one for living in, and to give reason, rhyme, and meaning to life.” Wright’s work reflected the horizontal, clean, open landscape of the American prairie. Inspired by Japanese origami, his Taliesin 1 Chair designed in 1949 demonstrates stability and reflects the clean, sophisticated style he aspired to achieve with his work. 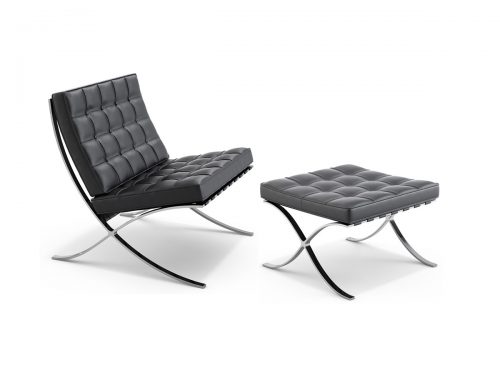 French modern architecture pioneer Le Corbusier led a different transformation in the 20th Century with his geometric, clear style. The idea of the modern machine was one that appealed to him; he believed that for a house to serve as a “machine for living,” it must be filled with functional furniture. He designed his own furniture, including the LC2 chair, with a simple, modern form to minimize the use of traditional materials while embodying a rationalist style. 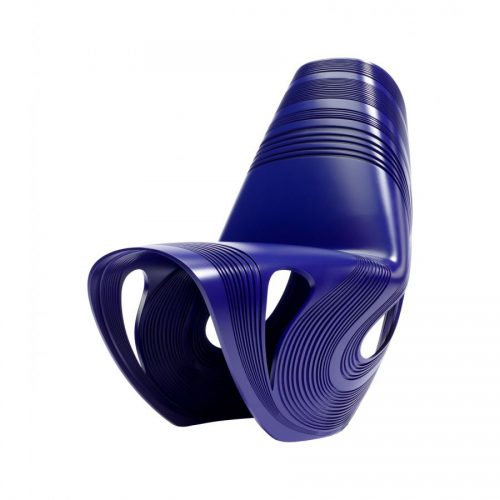 Twenty-first-century British architect Zaha Hadid’s unique work represents the future and the progress of society with a touch of her optimism. She took time to organize, plan, and design her structures—a practice that is also evident in her wide variety of furniture. Her work is admired and found in various countries around the world, and she has inspired the future of architecture and design. Her Kuki Chair demonstrates her idea of appealing to the senses by using fluidity and dynamism in her designs.

French designer Emmanuelle Moureaux is the creator of the “shikiri” concept, through which she builds spaces with the use of color, creating layers and eliciting emotions. Inspired by “Mikado,” the European game of pick-up sticks, Moureaux’s Stick Chair showcases her attempt to achieve an “unbalanced balance” through wooden structures that support an acrylic base, where the wood bends to show refraction and dimension. 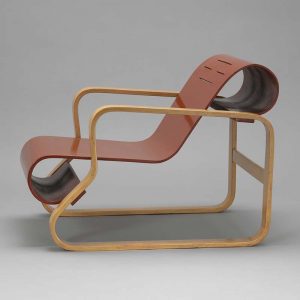 admires the minimal yet elegant Paimio Scroll chair c.1931 because it was designed by one of her favorite Modern architects, Alvar Aalto of Finland. The chair is classic Modernism with its form following its function of comfort by being the first chair to utilize the shape of the plywood seat to act as a natural spring. It is part of the MoMA collection in NYC. 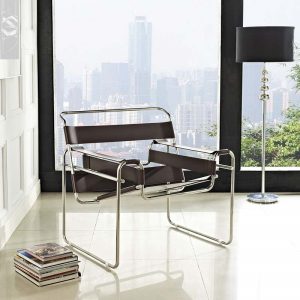 appreciates the Marcel Breuer Wassily Chair, 1925, stating, “I love everything about it. Both lovely to look at and very interesting to look at and to ponder the how and why—yet VERY comfortable.” As mentioned in the introduction, as Breuer’s Wassily Chair was constructed of steel and cowhide leather, it opposed the traditional decorative chair and embodied Bauhaus principles. 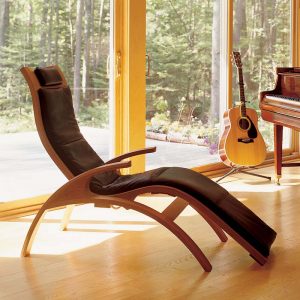 selected the Thomas Moser Chaise, 2000, explaining that it “is a wonderful collage of Asian, French, and American traditions from the ’20s and ’30s. It is supremely comfortable and has a really sophisticated balance mechanism.” Made out of wood and full-grain leather, the Thomas Moser Chaise is inspired by international architects from the early 20th Century. 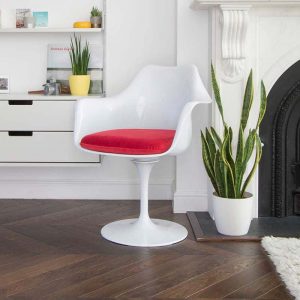 admires Eero Saarinen’s Tulip Armchair, 1957. She states that the “Tulip chairs (and table) were designed to minimize the ‘visual clutter’ of chair and table legs in an artistic way. Each chair is supported by a single graceful ‘stem’ on a very heavy base for support. Designed in 1957, the tulip chairs create a satisfying visual form with only aluminum and molded fiberglass. 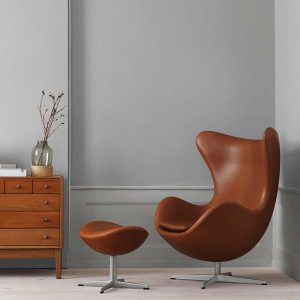