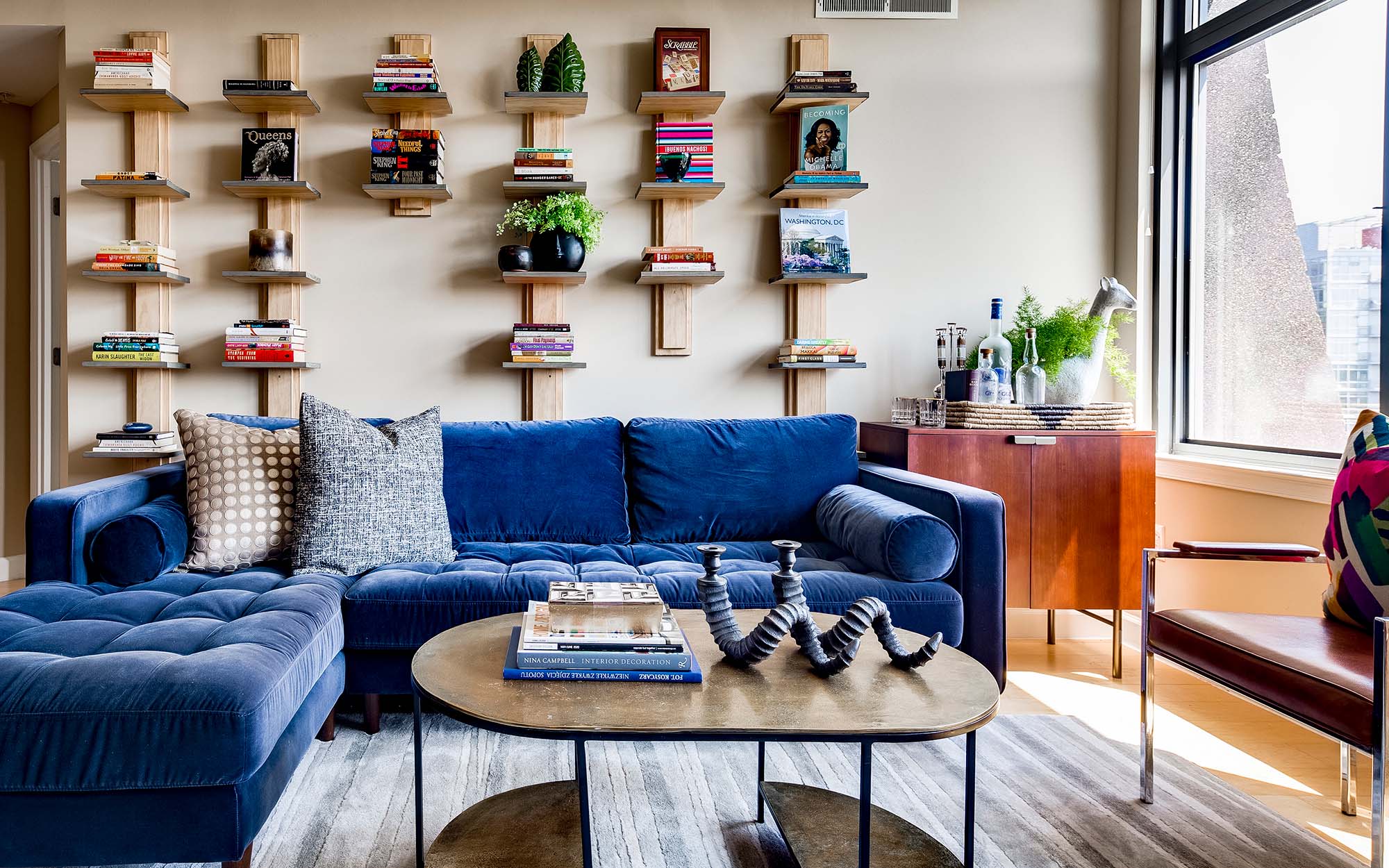 At first, the group that would grow to eventually become the Design Collective DC was just a casual gathering. But the designers involved—Iantha Carley, Shawna Underwood, Charles Almonte, Dennese Guadeloupe Rojas, and Quintece Hill-Mattauszek—saw a need and an opportunity to provide support and representation for BIPOC professionals in their field (Black, indigenous, and people of color).

Then when 2020 brought national discourse around race, the founders realized their goal was even more relevant—“not just in the field of design, but in general,” explains Almonte. “The fact that we’re BIPOC, there are certain issues where we’re more comfortable talking with fellow BIPOC,” he adds.

Hill-Mattauszek adds that “[P]art of the process of what we’re trying to do is say we’re here and we want to make sure other BIPOC creatives in our area have a support system.”

What Are They Working On?

We recently had the chance to get to know a few of the founding members better after they shared their work with us.

When Quintece Hill-Mattauszek of Studio Q Designs started working with a client on a rental apartment, there were two considerations from the very beginning. Firstly, as an avid reader, her client needed a place to keep a huge book collection. Secondly, because the home was a rental, built-in bookcases were not an option. 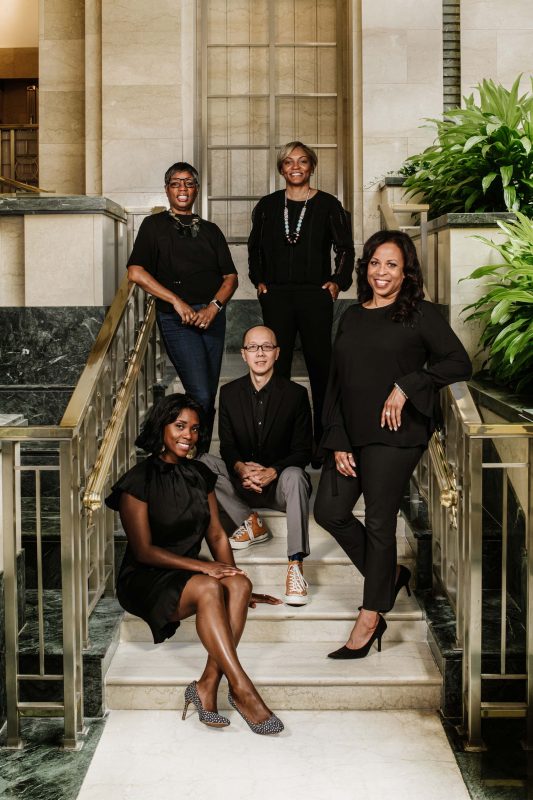 The DC Collective formed to support each other in the interior design field. The founding members are Iantha Carley, Shawna Underwood, Charles Almonte, Dennese Guadeloupe Rojas, and Quintece Hill-Mattauszek

Hill-Mattauszek solved this dilemma by starting with a wall of floating shelves. And this naturally led the rest of the design. “When I started looking at her collection, what jumped out to me was all the colorful spines,” she says.

To make the books stand out, she knew she had to keep much of the design neutral. “There needs to be a sense of balance to the space,” she explains. “A lot of times when you’re working with strong colors and a strong emphasis on color, it’s nice to give the eye a place to rest. If the walls are busy and bright and bold, then I’m probably going to tone down the furniture and vice versa.”

But the apartment did get one final pop of color with the L-shaped couch that dominates the main living space. Hill-Mattauszek explains that although a green couch and yellow couch were considered, the client chose a blue one, which adds a bold look to the space.

Wallpaper by Osborne & Little provided him a palette of purple, green, and blue from which to pull inspiration. “That was the jumping-off point,” he says, noting that sticking to only three colors meant the design wouldn’t be overwhelming. “It’s good to have color, but not too much. You have to know when to stop.… If you work in those parameters of [only three or four] colors, you create a cohesive look overall. It’s a matter of restraint and control.”

To give the room a bit more “pizazz” and to achieve an atmosphere similar to a hotel lounge, he incorporated glass in the form of the chandelier over the pool table and the top to the bar. These elements ultimately create an atmosphere conducive to his clients’ frequent entertaining and hosting.

Dennese Guadeloupe Rojas of Interiors by Design is another proponent of using color in a balanced way for maximum effect. In one recent project, a client sought a complete redesign of their main floor. With no furniture to serve as a starting point, Rojas looked at the colors on the second floor for inspiration. “They got rid of everything, and we were starting from ground zero, so we worked off the colors upstairs,” she says.

But she’s judicious in her use of color because she knows neutral has a timelessness to it. “A lot of what I do is softer tones with a pop of color,” she says. “I love letting clients feel you’ve done a major investment in the major pieces, and then we add a stroke of something strong you can always change out, whether it’s a pop of orange, a pop of purple, a pop of blue.”

As the Design Collective DC gains prominence, its founders hope their platform will serve to help other BIPOC professionals find exposure. “People will see what we bring to the table as individual designers,” Rojas says.

They’re also exploring the benefits they can offer their fellow designers—everything from scholarships to shared resources. With many opportunities foreseen, they’re committed to meeting the needs of those seeking support and representation in the design community.