Mediterranean on the Magothy

Mediterranean on the Magothy 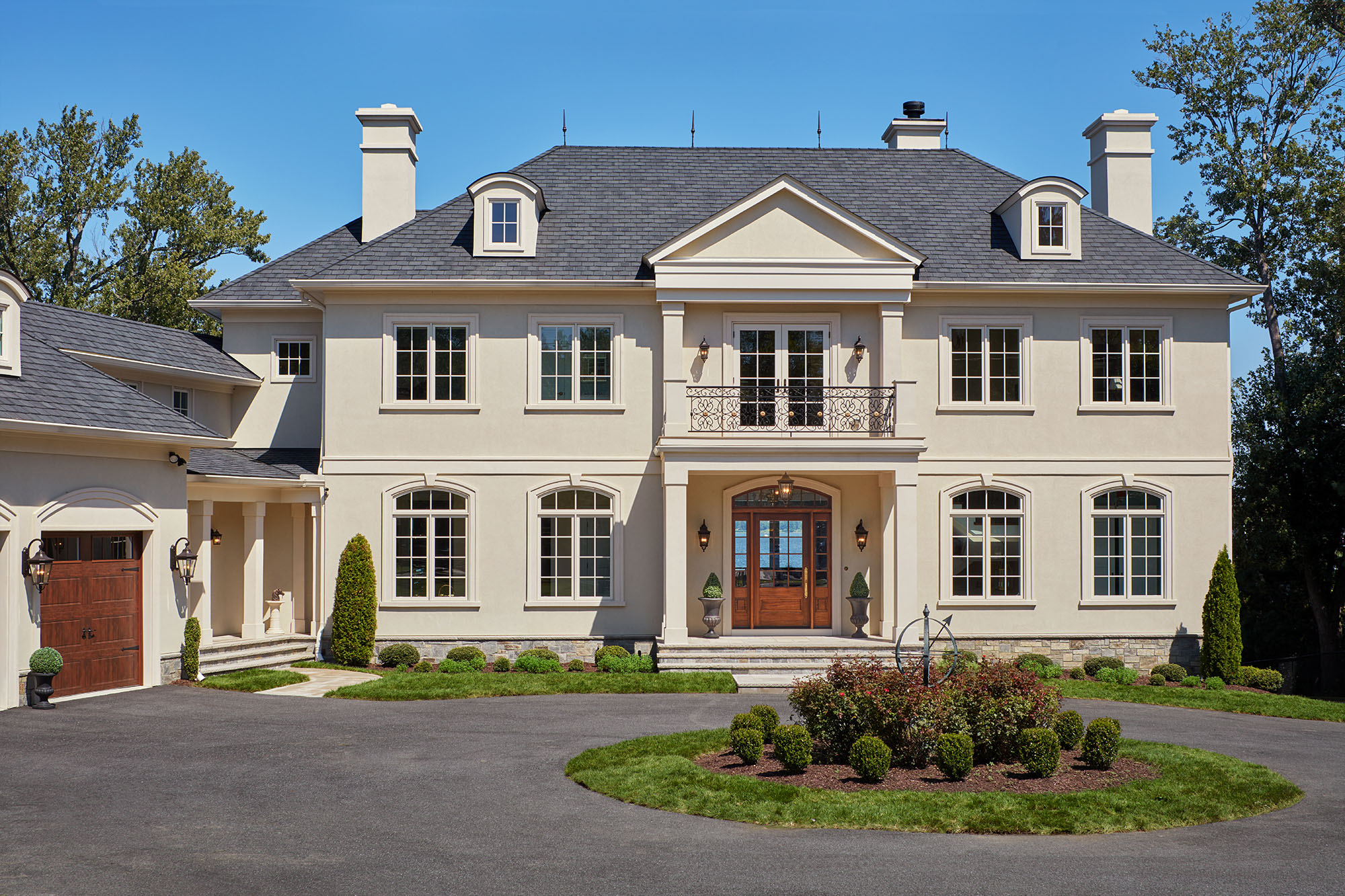 From the outside, it looks like an estate that could be found somewhere in Italy or the Mediterranean—not tucked away in a suburban community in Arnold along the Magothy River.  On the inside, it’s a home that’s as welcoming and practical as any American family could want.

This was the vision Mary Kay Falise had when she approached Cathy Purple Cherry of Purple Cherry Architects about bringing her dream home to life—something Purple Cherry accomplished in collaboration with builder David Glazier of Wood Visions.

“I’ve always been drawn to the Italian-Mediterranean-looking exterior of a home—it has a formal appeal to it, and I’m a classic and tailored kind of person,” Falise says.  Part of her love for the Italian style comes from her proud Italian heritage.  It’s also influenced by her many world travels, which have exposed her to different types of architecture.

Stucco walls and slate tiles on the roof lend European flair. The tall windows and decorative features add to the grandness. Glazier says the choice to use smooth stucco was instrumental. “It almost has the look of pre-cast stone. It gives the house the character she wanted.” Through the front doors, the home opens up into a spacious open living space. “I just wanted to ensure the inside of the home, with my children and the way I like to entertain, feels comfortable,” Falise says. Among the ways the home is specifically tailored for Falise’s needs is a downstairs mudroom, a useful space for a family of dedicated equestrians. “It was designed for aesthetics and functionality—beautiful but laid out perfectly with an island to clean tack and prepare for competition,” she explains. “It is one of amy favorite places in my home.”

The equestrian theme extends into the basement bar, whose matching cabinetry and doors were made of reclaimed wood sourced from historic barns and handpicked by Falise at Vintage Lumber in Westboro, Maryland.

When approached from the front, the home’s three-story structure presents as a two-story because of the property’s topography, Purple Cherry explains. Around back, the bottom floor opens up to a pool deck overlooking the water. Unlike the front façade of the house—which is done in a style officially known as Italianate, per Purple Cherry’s project manager Alan Cook—the back of the house has a more contemporary look, one reminiscent of a modern villa.

Although a project such as this might sound like something that would stick out in a suburban neighborhood, Purple Cherry explains that’s not the case. Instead, in a community where half-century-old cottages are regularly torn down and replaced by complete rebuilds, there is rarely much uniformity among the homes; they already reflect a range of styles, scales, and price points.  Additionally, Cook explains the home is “self-contained because of the landscape,” with lines of trees running along each side of the property to create a private world separated from the rest of suburban reality.

No, it’s not a typical American cottage—but it’s exactly the house Falise wanted: one that brings all the architecture she’s loved a half-world away, right here to the community where she’s raising her family.