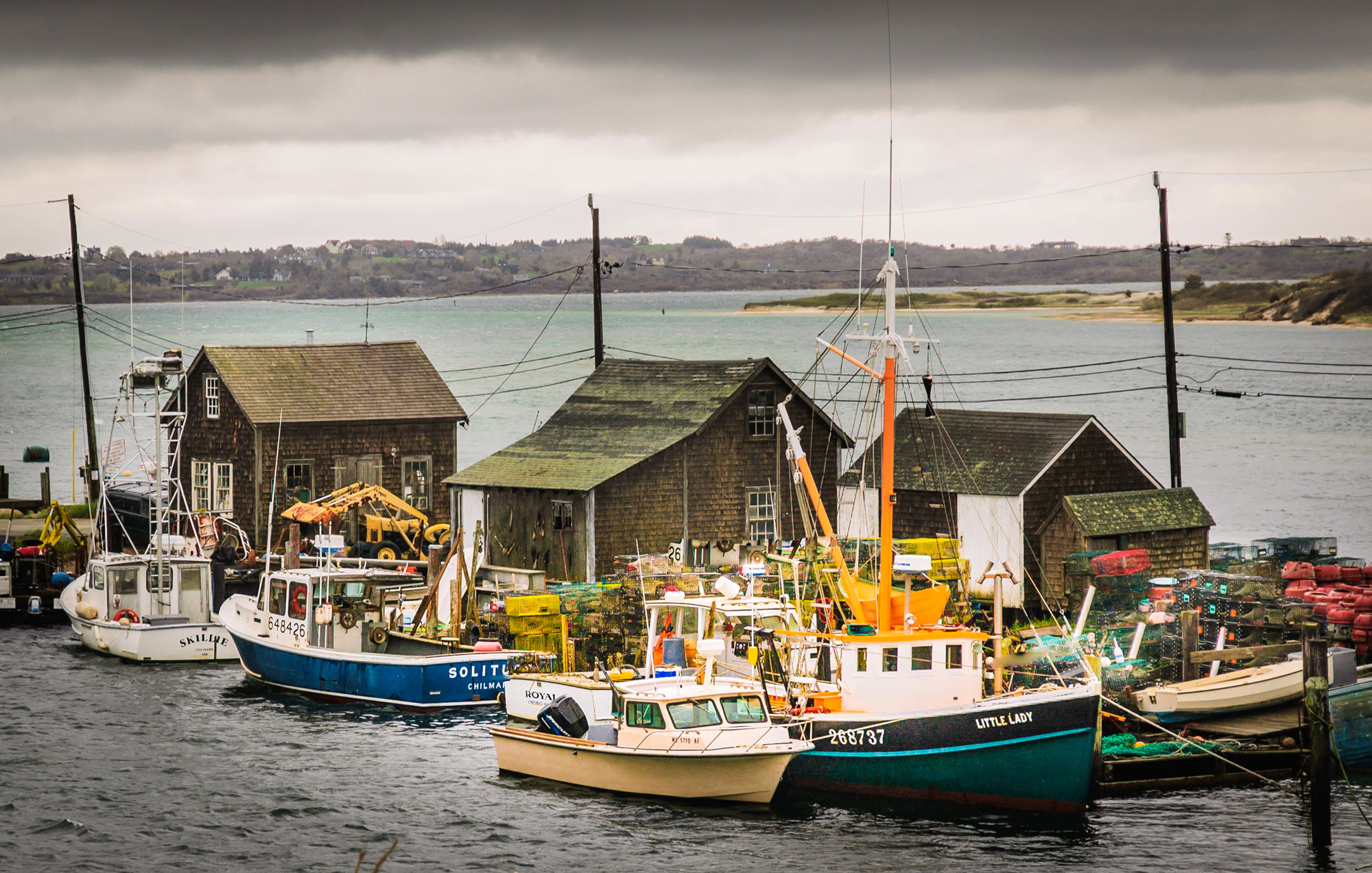 Martha’s Vineyard is known for its spectacular yachting scene and the incognito billionaires, authors, and music legends who frequent its shores. It’s a regular destination not only for recent presidents but for many Annapolis sailors and cruisers who visit during its annual New England Cruise. Whether you arrive by land or sea, you will find boutiques, cafés, and cobbled streets lined with stately manors. Bordered by boxwood hedges and white picket fences, many of these shingled whitewashed cottages and federal-style and Victorian mansions were once owned by sea captains and mariners.

The island has far more to offer than specialty shops and harbors. Year-round residents live in tune with rural island life. In November, hurricanes howl in from the Gulf, great migrations of bass and whales stream by in winter, spring peepers known as pinkletinks sing in early spring, and in May, the magnificent monarch butterflies float up from Mexico by the thousands, laying eggs as they travel.

In Aquinnah, you’ll find The Orange Peel Bakery, equipped with an outdoor stone oven, where you may purchase enticing breads, sweet rolls, and other delicacies by leaving your money in a blue can when no one is there to tend the store.

Up-island in the town of Chilmark is a very special fishing village called Menemsha. As you progress toward the ocean, you’ll see rolling farms ringed by ancient stone walls, as well as boathouses and shingle-clad cottages tilting a bit sideways or backward, as if bucking a stiff wind. Along the wharves, docks interconnect like a small village. Here, fishermen in weathered boats ply their trade all year, off-loading lobster, swordfish, cod, clams, and oysters.

Often at sea for days, the fishermen rest and work in a line of colorful one-room shanties lining a far dock. Fresh fish has never been easier to purchase, nor has it ever been served more deliciously than at nearby fish shacks. Specialty dishes include chowder, lobster roll, and lobster mac and cheese. The Menemsha Fish House is one of several local fish houses to suffer or shut down due to the pandemic; however, the preservation community is stepping in to help them recover.

Visiting Menemsha is a simple joy to be stored forever in your memory and accessed often—until you have a chance to visit again. 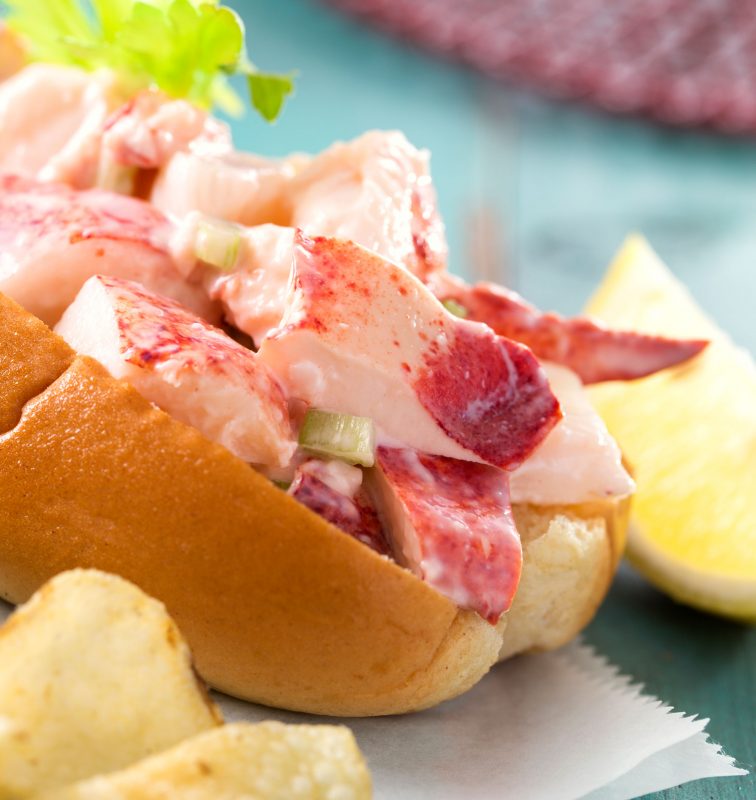 This recipe is adapted from Larsen’s Fish Market, a tiny little seafood shack in the small fishing village of Menemsha, Martha’s Vineyard.

2. Break off lobster tails. Pull off the flippers and push the tail meat up and out of the shell from the bottom. Crack claws with the back of a knife and remove meat. Chop tail and claw meat into ½” pieces and place in a medium bowl.

3. Mix in mayonnaise and celery and season with salt and pepper. Divide lobster salad among buns.