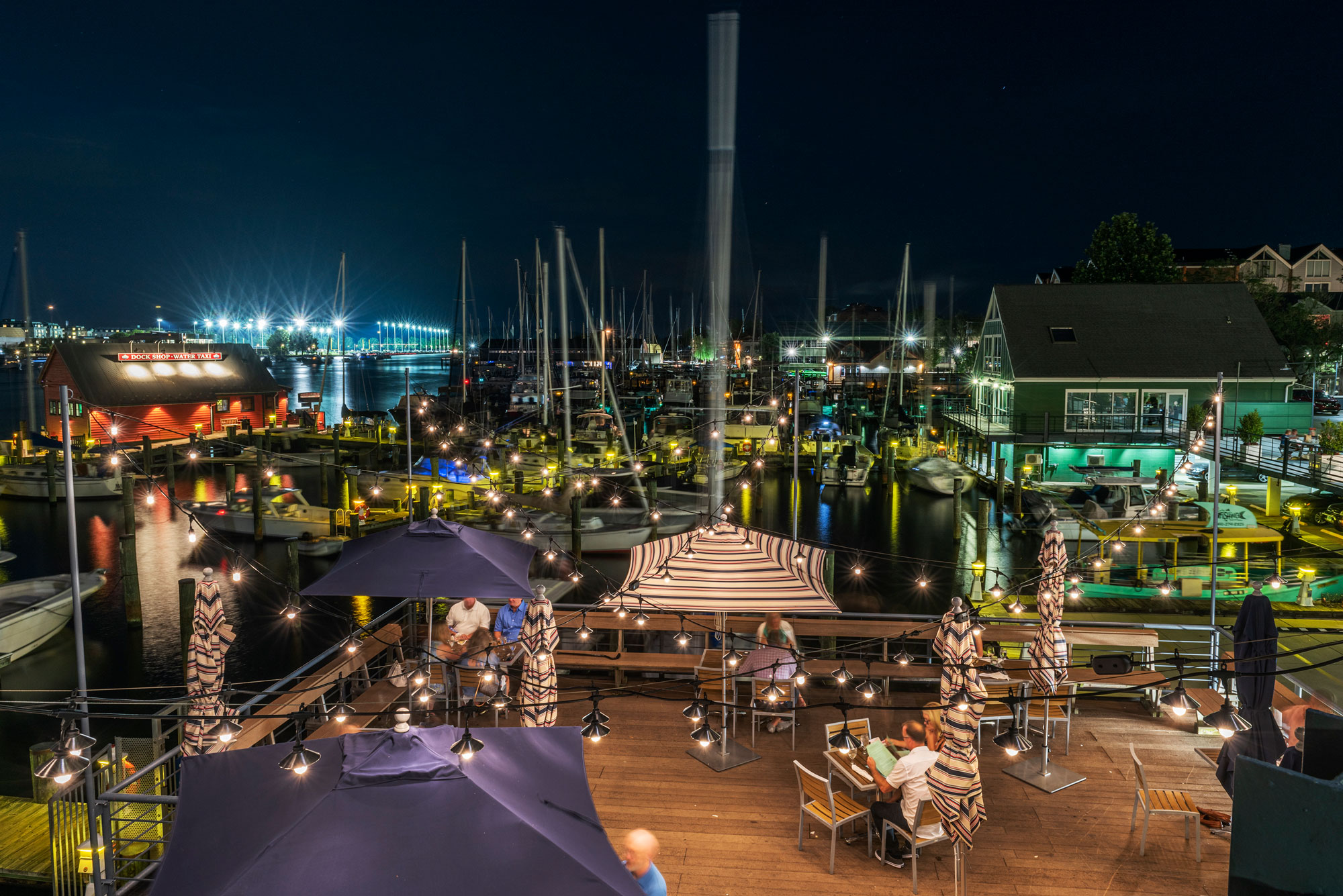 Settled in 1655 and founded in 1868, Eastport may not have a single cobblestone or renowned 18th-century mansion like Annapolis, its neighbor just across the bridge.  Nevertheless, Eastport, an independent town until annexed to Annapolis in 1951, grew up alongside Colonial Annapolis with a fascinating history all its own. Mostly farmland for its first 200 years, 18th-century gentry raised racehorses and livestock to feed the early Colony. Here is where 19th and early 20th-century bugeyes and skipjacks pulled up to Back Creek’s McNasby Oyster Company and delivered oysters by the thousands that were shucked, culled, and packed, where tobacco was exported, and guns, sugar, and rum were imported.

Eastport became the backbone of a burgeoning maritime economy in young America. In Eastport, with true grit free blacks, indentured servants, and slaves newly freed following the Revolutionary War settled, started businesses, families and owned their own homes. The assortment of folks who lived in Eastport during that period included watermen, boatwrights, glassmakers, domestic workers, oyster shuckers, and meatpackers. And once the Naval Academy was established in 1845, it provided jobs and created more housing for its workers. 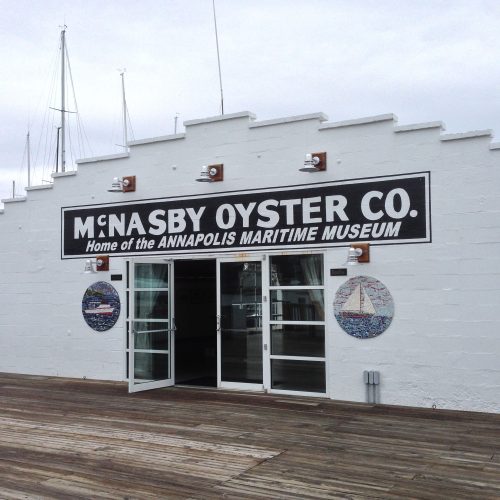 Charming streets are jammed with bungalows, frame cottages, Victorian-era homes and a scattering of modern architecture.  Though million-dollar yachts are docked nearby, plenty of boats of all sizes race, work the waters, or cruise. Homes today often begin at one million, although no matter the price of a home, attire and attitudes are casual.

Eastport is home to one of the oldest African American communities in the country. Its historical gems include the Peerless Rens Club and Mt. Zion United Methodist Church, founded in 1896 on Second Street.

“This is our church, and it remains in the same spot it was built upon,” says long-time Eastport resident Stephanie McHenry.  Mt. Zion centered the Black community in good times and bad, during the violence of the Jim Crow era, segregation, and the complications of integration. “It is a place where we learned to forgive, what is good, and to hear of local kids’ successes like going to college,” she recalls. Today, during Black Lives Matter, it is especially important. “I have never seen such hate in the nation; we don’t project that kind of hate here.”

What many may forget about Eastport is that entrepreneurial African Americans created communities open only to Blacks during a time when white laws prohibited their actions. George Washington Davis, prominent in the emerging Black community, owned a sweet shop in the 1930s, built and rented houses on the peninsula, and opened a bar—now called Davis’ Pub—for the African American community. Blacks at the time were not allowed in Caucasian-owned restaurants.

In 1931, Elizabeth Carr Smith converted her waterfront acres on Bembe Beach into summer leisure accommodations. The Peerless Rens Club at 409 Chester Avenue was informally conceived  in the 1920s by twelve black men who started a basketball club and needed a safe place to socialize. The Peerless Rens Club was made official in 1956 and today has its own building with over 85 members. Stephanie McHenry’s grandfather, Charles Smith, was one of the founders. Women joined as well, becoming the Rennettes, resplendent in black dresses and white gloves.

Her uncle Ernest Smith, called  Smitty, number 10 of 12 children, attended segregated Eastport Elementary School and Bates High School in the 1930s and then obtained a barbering license in Baltimore. “There wasn’t a whole lot of drama, we more than halfway got along. The Blacks knew where they could go,” he recalls. Instead of going to college, Smith became a licensed barber in 1965 and worked cutting hair at the Crownsville Mental Asylum until 1981, when he took a job at The Naval Academy. While working at the Academy, an opportunity presented itself. “The managerial position came available, and all the other Blacks didn’t apply—they didn’t think they would get the job.” Smitty applied and managed the barbershop until he retired in 2014.  His sister, the youngest child, worked there for 30 years doing dishes, and Smitty’s father managed the mess hall.

Things are different now, he says. “If you told someone you lived in Eastport back then, they thought you were crazy. “Mac” of  McNasby’s Oyster Company hired workers during the summer months; sometimes you saw Chinese there. People were brought in from everywhere,” he notes. McNasby’s was across the street from his family’s home, which he still lives in today. “There was Randall’s slaughterhouse down the street where the hogs made a lot of noise and blood would run down the street,” he says.

Things have indeed changed. From the early 1980s on, this little peninsula has been slowly discovered by the world, with white professionals and families buying up homes and land—many from Washington, D.C., who wanted to be closer to their boats. However, it is still anchored by a feisty working-class demeanor; sailors rule the streets, a marina subculture prevails, and tugboat operators and captains delivering yachts up and down the coast hang out at local waterholes such as The Boatyard and Davis’ Pub.

The only slaughter taking place these days is the annual tug of war between Annapolis and Eastport called “Slaughter Across the Water.” The Back Creek side of Eastport and the Spa Creek side are equally expensive “gold coasts.” Boats of all sizes are docked at the wharves, small commercial crabbers set their pots, while recreational boaters maneuver around them.

The African American community, though much smaller, is strong.

McHenry notes that “history is still being made here.” She is right.  African Americans hold public office in Annapolis and Eastport and for the first time in history, the position of Maryland Speaker of the House of Delegates is held by African American female Adrienne A. Jones. The marinas and boatyards produce at full speed and sailboats and small working craft ply the waters. The Navy’s PT training ships routinely practice their maneuvers in the Severn River basin as they did in the 1800s. Mt. Zion centers an affluent African American congregation and now is open to everyone, notes McHenry. Davis’ Pub still serves up their famous steamed shrimp, but now they serve everybody.

People love living in this eccentric neighborhood. What distinguishes Eastport from Annapolis, and what we hope will always be preserved, is its free-spirited independence, declared by its own flag, so that no one has a chance to forget the “Maritime Republic of Eastport.”