The High-Heeled Gardener | Dreaming of Dahlias 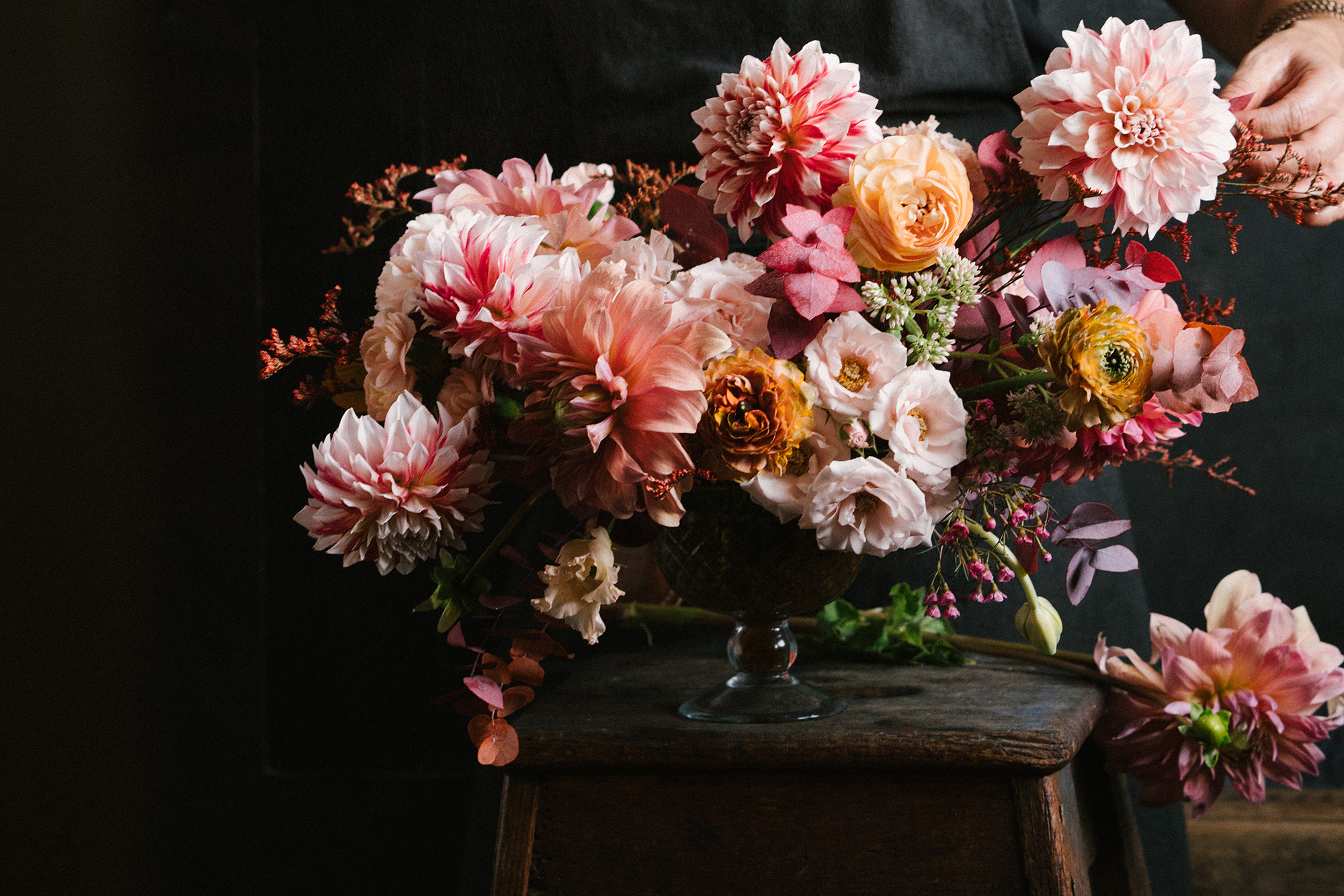 I will never forget when I saw my first dahlia: a brilliant red 14-inch flower towered above my head, with hundreds of individual florets bound to a golden center. The glossy giant, nodding on its magnificent stem, seemed to speak a language spun from an extravagant and kind land. The bloom was so perfect it seemed artificial as if tended by elves or Lilliputians. I did learn that the dahlia is not tended by elves. However, it is studied and grown by an equally intense invisible subculture, the dahliaphiles.

Larry Smith, a grower from Oregon and a self-styled “dahliaphile,” has grown and exhibited prize-winning dahlias for 30 years. Along with its mesmerizing colors, the dahlia is beloved for its long blooming cycle. “The gladiola is lovely, but it blooms once, and that’s all you get. The dahlia doesn’t stop until late Fall,” he says.

Dahlias thrive under the right conditions. Plant their tubers directly in the ground in early spring in organic soil that receives six hours of sun. Stake them and do not overwater. In the Fall, lift out the tubers, and store them in a paper grocery bag in your basement.

Are dahlias hard to grow? I have heard this from many gardeners. Not so, says Smith. They just need a little care. “Honestly… for me, its persistence and failure to give in when something goes wrong. I feed the soil with natural products; I use horticultural oils to treat the bugs that ruin the form…. You don’t want one bad petal,” he explains.

A senior judge for the American Dahlia Society, Smith is not just a dahliaphile but something more charged: an addict. A pusher! “If you grow dahlias and get into it, you become addicted. Once you become an addict, you get infected and then want to infect others and become a pusher. So, I am an addict and pusher.”

It is easy to see why Smith and others become users. Dahlias come in hundreds of color combinations and approximately 19 different forms. These include the pom-pom, peony, cactus, powder puff, and water lily. Bloom sizes range from petite two-inch lollipop-sized blooms to impressive 14-inch “dinnerplate” blossoms.

Smith’s addiction has paid off. Last month he won “Best in Show” at the National Dahlia Show in Reston, Virginia. His prize-winning dahlia is a hot pink micro called “U2 Ania,” which has prolific blooms—as many as 40 per plant. Like a true pusher, he cannot stop talking about the dahlia and how lucky we are to have it in America.

The dahlia is native to Mexico, where it grew abundantly in the wild, blanketing the high plains and volcanic slopes. Some ‘tree dahlias’ grew 20’ tall! In Mesoamerica, indigenous peoples consumed the dahlia’s tubers, harvested the plant for medicinal purposes, and used its hollow stems for irrigation. However, it was the Spaniards who shared them with the world.

The first contact between the indigenous civilizations of Mesoamerica and Europeans took place during the reign of Prince Moctezuma II, the sixth emperor of the Aztec Empire, who ruled from 1502 to 1550. During the conquest of Mexico in 1550, the Prince died in one of the early battles, but the botanists accompanying the conquistadors became fascinated with the dahlia discovered in his highly sophisticated gardens.

One of Moctezuma’s lush gardens in Huaxtepec, renowned as a paradise, spanned six miles and contained many rare specimens of both flowers and herbs from all regions of the kingdom. Phil Clark, who led early gardening expeditions to Mexico and edited Horticulture, notes that the double-flowered dahlia and marigold were most likely cultivated by the Prince’s highly skilled gardeners.

For unexplained reasons that continue to be the subject of scholarly study, the seeds of the dahlia did not reach Europe until approximately 1788, when botanist Antonio José Cavanilles of Madrid received dahlia seeds from Mexico City. It was Cavanilles who grew the first European dahlias and shared them first with France and then with major horticulture centers in Europe. He gave the dahlia its formal name in commemoration of Andreas Dahl, a Swedish botanist and pupil of the renowned Carl Linnaeus.

Dahlias became a sensation in the Victorian garden and rose to cult status, according to the National Dahlia Society. Their first notable fans? None other than Queen Victoria, Marie Antoinette, who grew them at Versailles, and Empress Josephine, who proclaimed the dahlia was her favorite flower.

I am glad that Smith said to continue to grow dahlias, despite setbacks. I won’t lie to you: I have had my ups and downs. However, my colleague Elizabeth Davis has re-invigorated my love for them, especially when she marched into the office with ‘Rockstar,’ a huge magenta dahlia with a poufy pom-pom center that looks otherworldly. “Dahlias get such a bad rap, but they are incredible. They give Fall that special jolt,” she says.

Whose garden doesn’t need a jolt in the Fall? Take your jolt inside. Plant dahlias with different sizes, forms, and colors in the same garden—these spectacular cut flowers look amazing in a vase! Maybe the Spaniards were the first dahliaphiles. Or, perhaps it was Prince Moctezuma. Surely as he strolled his lush pleasure gardens, he never dreamed the dahlia would cross the ocean, produce over 57,000 varieties, and enchant thousands of gardeners, including quiet addicts, ready to seize upon the newest hybridized form. 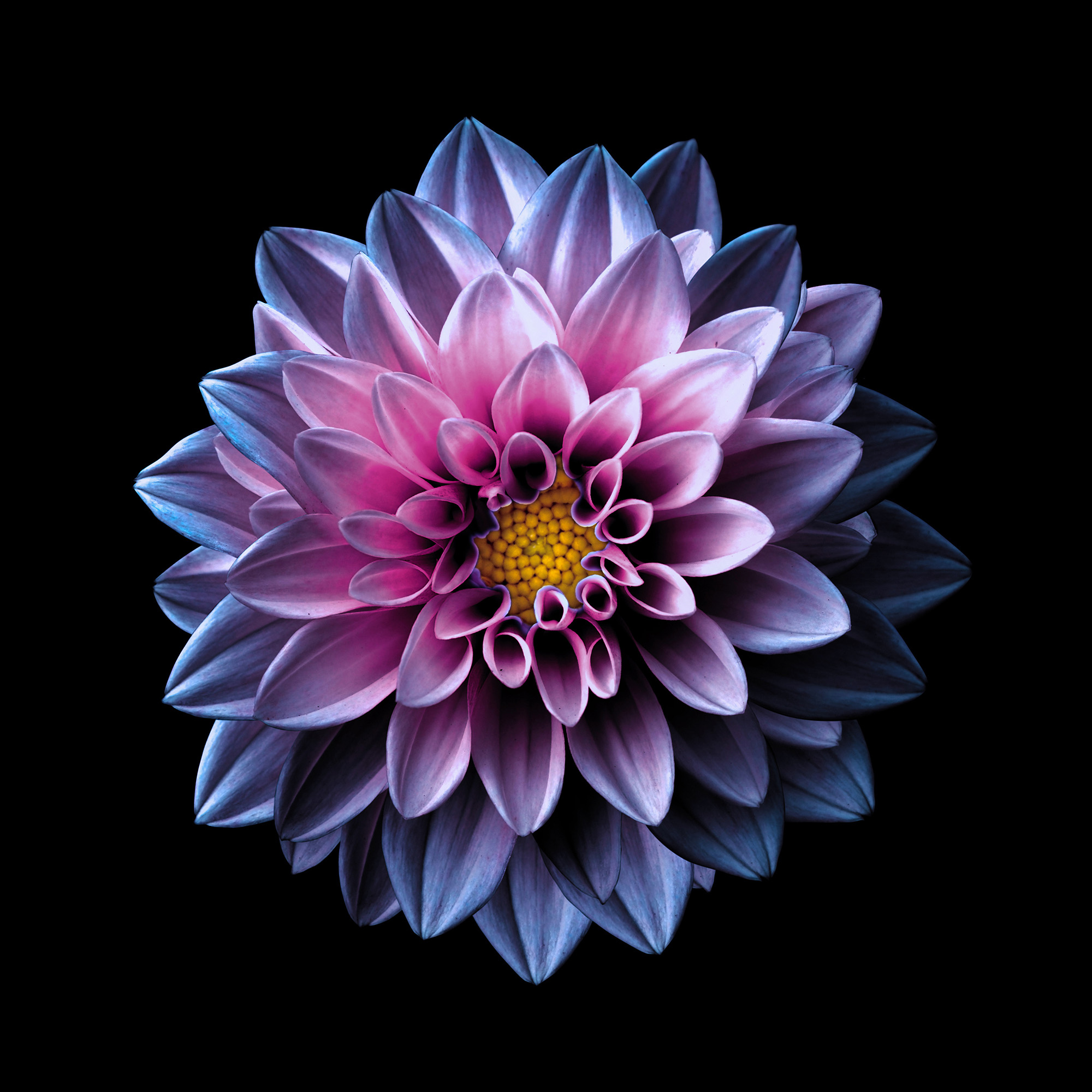 Don’t Overwater
Overwatering will kill your beautiful dahlia. Young dahlia plants do not need a lot of water; in fact, excessive water can cause the plant to rot. A good rule of thumb for larger plants is to water if the rainfall is less than one inch in seven days. Pots require more regular watering.

Don’t Forget to Stake Your Dahlia
I think this is the most important rule. If you do not stake your plant, it will loop and arch artistically, but the flowers will face downwards. And they are tender, so once they are grown, they are almost impossible to manipulate.

Do Deadhead
Deadhead and cut your flowers to produce more. Remove the outer two buds from the three that develop at the end of each branch. While that reduces the total number of flowers, many flowers remain, and those show up well on the plant.

For guidance on choosing the right dahlia for your garden and a list of suppliers, consult The Big List at www.coloradodahlias.net

For a list of the top 50 dahlias for 2021, go to The American Dahlia Society www.dahlia.org.