The High-Heeled Gardener | The Misunderstood Flower 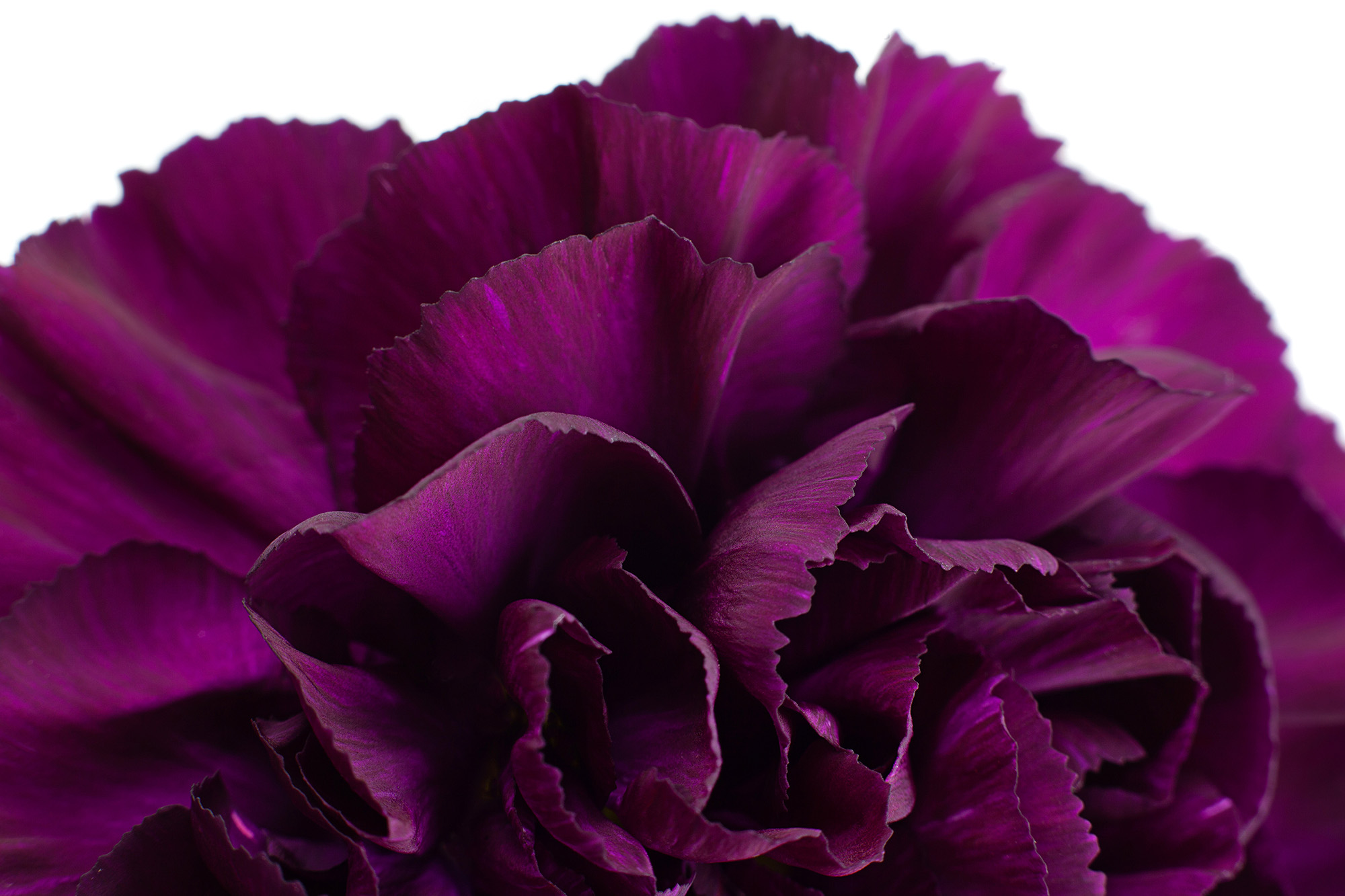 The carnation, Dianthus caryophyllus or clove pink, is one of the most misunderstood flowers. My husband says that, for him, they conjure up images of a cheap dyed blossom wilting in the lapel of a nervous young man on a prom date. He admits that for most of his life, he thought they were artificial!

I don’t share his rather harsh view. However, in the grocery store, they do seem cast aside, even abused—a discount flower jammed into crinkled cellophane. I rarely see them spotlighted in the “designer bouquets” or popping up much in local Annapolis gardens. Perhaps because of their startling unnatural colors, we have forgotten their true roots. No wonder they do not get the respect they deserve!

It is time to set the record straight. Carnations are over 2,000 years old with a fascinating history. Theophrastus, a student of Aristotle’s, found their scent and color so intoxicating he named them Dianthus by combining the Greek words Dios (divine) and anthos (flower). Among other things, Theophrastus is known for his botanical treatises, Enquiry into Plants (Historia Plantarum) and On the Causes of Plants. Both ancient texts were studied by scholars during the Renaissance, when botany emerged as a science independent of natural history.

A staple in early European cottage gardens along the Mediterranean, carnations were nick-named ‘pinks’ because the flower’s edge is serrated as if trimmed with pinking shears. During the Elizabethan era, fevers were treated with tea made from crushed carnation leaves, and its petals were used to spice wine and ale as a substitute for the more expensive clove.

Carnations probably crossed the Atlantic in the early 1800s, perhaps as a seed in the pocket of an immigrant from the British Isles. The beautiful bloom eventually caught the eye of Thomas Jefferson. Peggy Cornett, director of the Thomas Jefferson Center for Historic Plants, writes that Jefferson sowed China pinks at Monticello, which he got from Philadelphia nurseryman Bernard McMahon in 1807.

This flower is associated with motherhood and linked to the Virgin Mary. Christians believe that when Mary saw Jesus taken down from the cross, the tears she cried fell to the ground and later rose up as pink carnations. Some compare the carnation to a mother’s heart as in this familiar adage:  The carnation does not drop its petals but hugs them to its heart as it dies, and so, too, mothers hug their children to their hearts; their mother love never dying.

Old-fashioned carnations were pink and purple. With the advent of the 20th century and genetic engineering, botanists began creating hybrids, producing deep red and clear white blooms. In the mid-20th century, florists made a startling discovery: when they stood a white, freshly cut carnation in water with food coloring, the flower quickly drew the water up through its stem and changed color. The white carnation had become a blank slate! From that time on, florists dyed carnations every shade of the rainbow, experimenting wildly with fringes and bicolor blooms. As carnations can be dyed to match almost anything, they have become popular for celebrations and, of course, proms.

Today, there are 300 different varieties of carnations in colors that range from mauve-blue to yellow. Most grow in a well-drained, neutral to alkaline soil in full sun and can be propagated in the summer by layering dirt over the woody, nonflowering stems.

Carnations grow well in Anne Arundel County’s Zone 7 and have a special life force you can bring right into your home. One of the longest-lasting cut flowers, they stay crisp for about two weeks. That is outstanding, in my opinion. Their bold little faces remind me to buck up and keep going when times are tough. The larger varieties have their own special look, with ruffles casting slight shadows that make them seem experienced yet kind.

Yes, there is an unusual kindness in the carnation, a flower grown historically close to the back door, where people talk freely and frankly, where life really happens. And I love how carnations beam out from bouquets like small joys. It may help to have some in your garden. As we face so many complexities in our families, in our minds, and in the world, our lives need to be easy and calm at home.

I admire their Greek lineage and their spunk and have welcomed them into my garden this April. I will keep a close eye on them to better appreciate their perpetual hearts, beauty, and fragrance. Soon, I will certainly pick some for my husband to reverse his opinion! 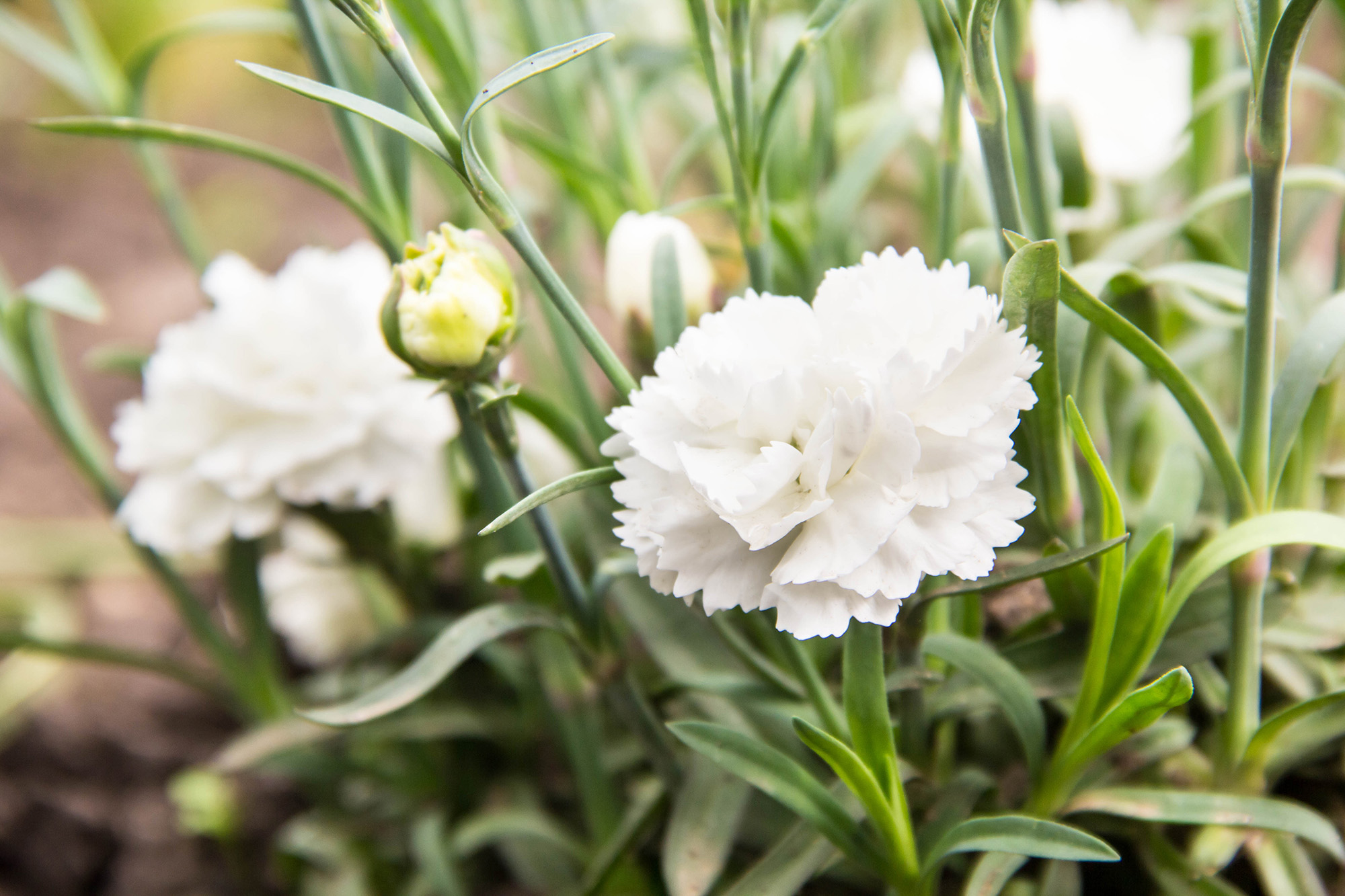