A Dog’s House, Story of a Tidewater Kennel

By Kymberly Taylor  |  Photography by Alan Russ and Anice Hoachlander 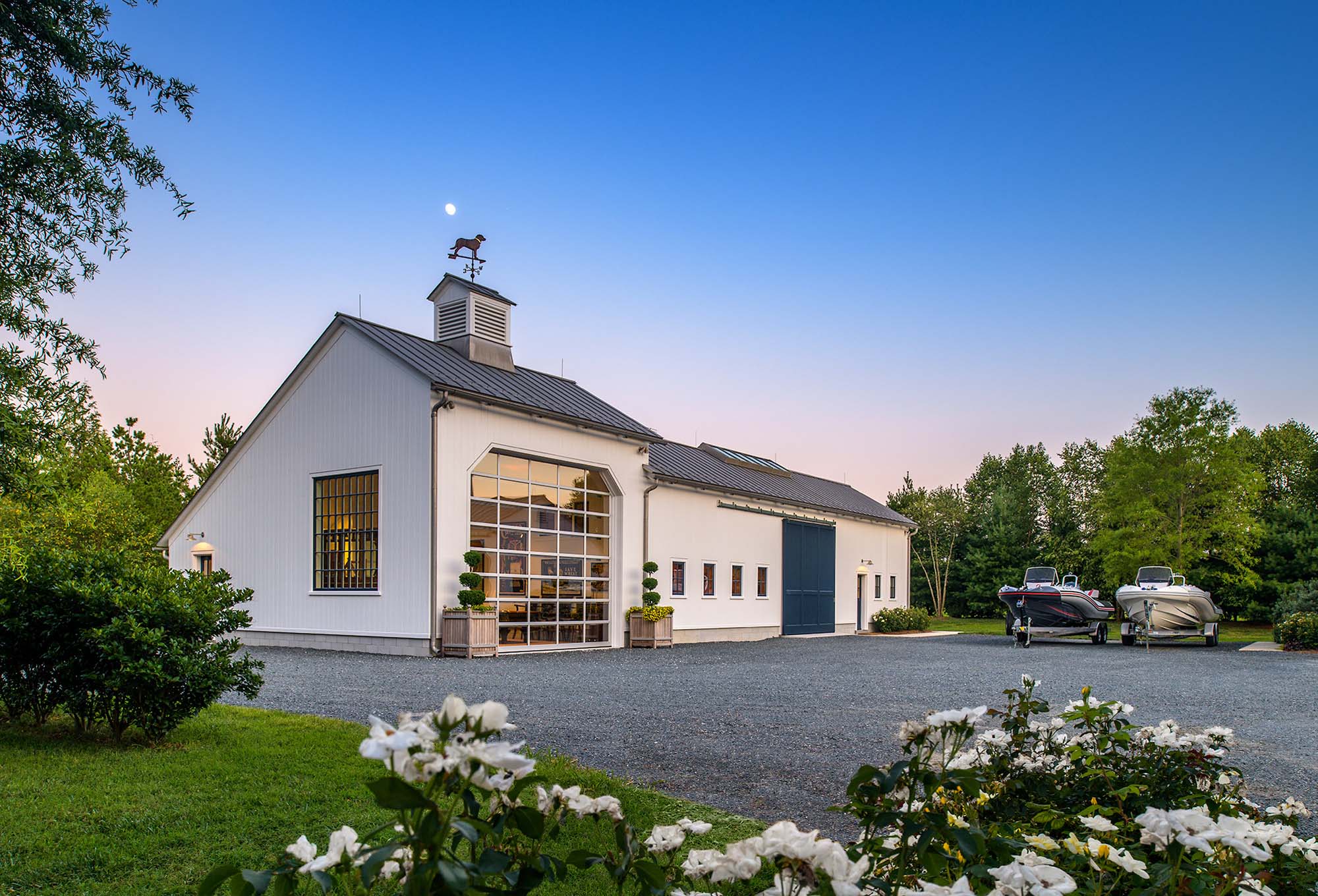 The proverbial idiom “in the dog house” takes on a brand new meaning when considering this Tidewater-inspired barn-like kennel designed by architect Greg Wiedemann. The building has an unusual function: to display the owner’s hand-made boat and to house six purebred Chesapeake Bay retrievers and boucherons. Crowning the cupola is a custom-made Chesapeake Bay retriever weathervane. The owner is serious about his dogs; one of his boucherons won Best in Breed at the prestigious Westminster Kennel Club Dog Show.

The kennel is a graceful addition to other service buildings Wiedemann has designed on this 100-acre waterfront farm on the Eastern Shore—a series which includes a boathouse and a chicken coop. “I wanted to create a consistent architectural language on the outside of these buildings,” says Wiedemann, pointing out the standing seam metal roof, painted siding, and dark blue and white palette. The barn is composed of simple forms and durable materials, inspired by the traditional 19th and early 20th-century architecture of the Eastern Shore farm, he explains. “There is a crispness to it… there is no mistaking that it is an agriculture-related building,” he says. The pitched “catslide” roof, composed of terne-coated stainless steel, needs no maintenance and weathers to a natural gray. Readily identified by its dramatic sweep extending beyond the eaves, the catslide roof was introduced by British builders emigrating to early America.

The kennel’s main area houses the dogs. Six stalls with polished concrete floors and Dutch doors lead to runs and an enclosure for exercise. The adjoining generous space, lined with Douglas Fir, has a loft overlooking the break room for staff. There is a kitchen used to prepare the dog’s food and an outdoor shower to wash them down.

The gleaming vessel, a replica from an earlier era, is displayed in its own bay, adding to the timeless atmosphere. Skylights bring natural light into the interior, surely contributing to the dogs’ general sense of well-being. To be ‘in the dog house’ is to be lucky, indeed, worth losing an argument or two.